New Polar White from Flowersoft
The first delivery has come in and flown out to all Pre-Order customers
Katy Sue Designs Ltd are delighted to announce the launch of POLAR WHITE, the first new product in their premium Diamond Range

This is a speciality colour with unique properties. Crafters will be amazed at the semi translucent and frosted effects of Polar White, which has been specifically created to work on white areas within designs. Polar White is set to be the season’s sensation by giving the most realistic snow effects ever seen in paper crafts


NEW! Tool Caddy Handle
The Tool caddy handle is proving very popular which is not surprising as it allows to combine all 3 (or 2 if you have only 2) layers of the PCA Tool Caddies together so that you can carry them with you... or spin each layer around to you as you work with it on the desk also!

Are you a Knitter? Do you Crochet? Did you know we now sell wool?

Posted by Wightcat Crafts at 11:54 am No comments:

Most of the Schools are breaking up today, unless you live north of the border where they have already broken up.

But do Kids today have as much fun as we all did when we were kids?

Everybody says that your Childhood years are the happiest and that you should make the most of them. In some ways it is true, when you are a child you don’t have the worries and responsibilities that you do when you’re an Adult. When we were young the world wasn’t as materialistic as it is now, it didn’t matter if you didn’t have the latest computer game.

I don’t remember it raining during my summer holidays, maybe that’s because I am wearing rose tinted glasses, or maybe its because I am a child of the 60’s & 70’s when summers were long, hot and sunny and consisted of messing about with your mates.

For me it was playing the garden making tents with mums clothes horse and a couple of sheets, playing cowboys and Indians with cap guns and water pistols made from washing up bottles (those were the days of Blue Peter and Magpie), climbing trees or the garden shed which also doubled as a den. When older it was messing about along side the Canal that ran through the Village, even though it was off limits. I loved going for long bike rides all around the local villages, or cycling to Southport, spending the day riding along the seafront and the beach. Those were the golden years; I remember watching the Apollo missions, especially the Moon landing whilst on Holiday in Blackpool. Summer treats if you behaved during the holidays like going to the Farnborough Airshow or the Edinburgh Tattoo.

Life was a lot simpler, all about exploring and creativity.

So if you want to try and capture some of the “Magic of Childhood Summer Holidays” why not spend a few days at the Beach. I can recommend the Isle of Wight which has some of the Best beaches in the UK. There is Appley (Ryde) only a stones throw from Portsmouth, or Yaverland & Sandown just a short train trip from Ryde, or Gurnard & Cowes if you are travelling from Southampton. If you have time to stay longer then there is Alum Bay, The Needles or Bembridge. Not to mention all the beaches along the back of the Wight between Ventnor and Freshwater ideal for surfing. If the beach isn’t for you then there are Adventure parks at Robin Hill and Blackgang Chine, or the breath taking countryside of Tennyson & Mottistone Downs. If it Grand Houses that you prefer then we have Osborne House, home of Queen Victoria and we even have a Castle at Carisbrooke where King Charles I, spent his last days.

But the best place to visit is Wightcat Crafts where you can explore and let us bring out your creativity.

I have but together things that means Childhood Summer Holidays to check it and see if you agree.

Posted by Wightcat Crafts at 11:16 am No comments:

Ever since Flower Soft® was launched in 2004, crafters have yearned for a pure white colour. The Flower Soft® Ivory created fabulous results in their vintage snow scenes, but they all knew that white would be even more spectacular, particularly in more modern Christmas scenes. Well at long last, after 3 years of exhaustive research Katy Sue Designs Ltd are delighted to announce the launch of POLAR WHITE, the first new product in our premium Diamond Range

This is a speciality colour with unique properties. Crafters will be amazed at the semi translucent and frosted effects of Polar White, which has been specifically created to work on white areas within designs. Polar White is set to be the season’s sensation by giving the most realistic snow effects ever seen in paper crafts 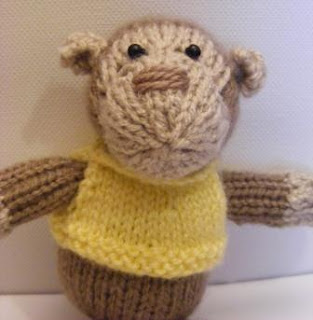 Here is one of my latest projects. My needles have been clicking furiously these last few weeks. I made this using Sirdar Hayfields Bonus DK
I am very pleased with it, especially its customised jumper.
Posted by Mindy at 3:00 pm No comments: 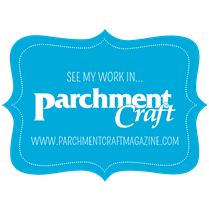 Wightcat Crafts is a Newport, Isle of Wight based Craft shop.

Our craft on-line shop is at www.wightcat.com